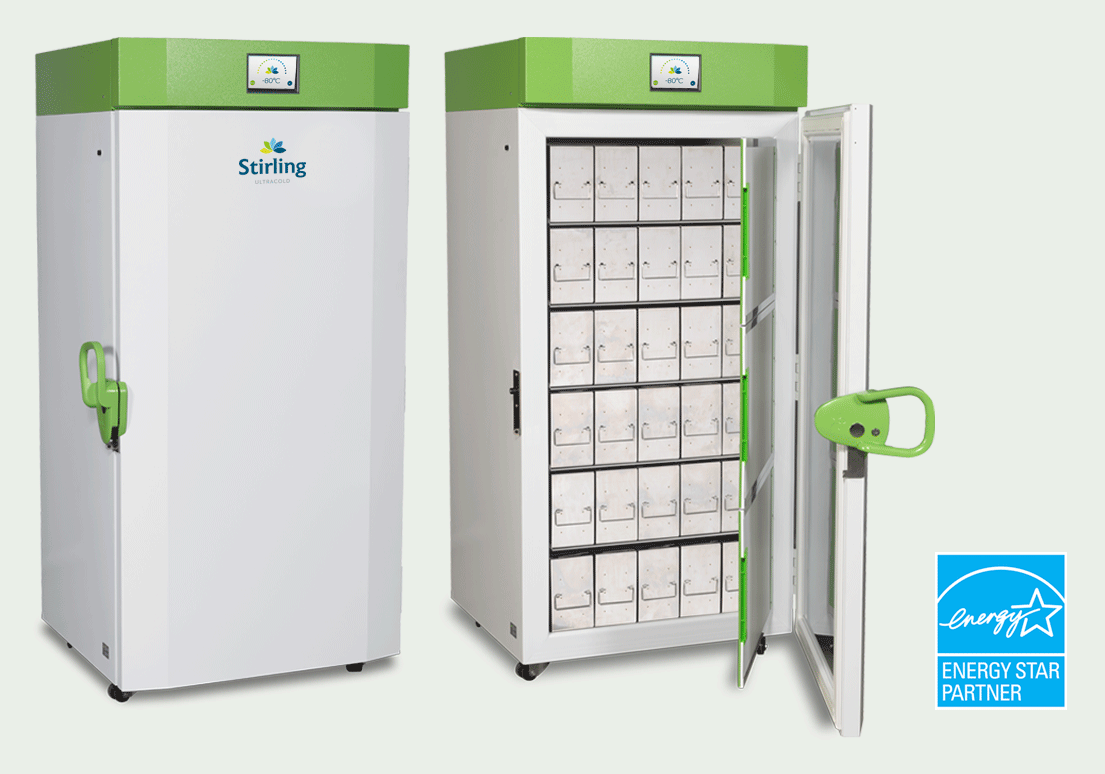 In May 2017, the ENERGY STAR® certification standards for ultra-low temperature freezers were announced by the EPA. Following that announcement, Stirling Ultracold became the first ENERGY STAR partner to be certified under the newly created laboratory grade ULT freezer category.

Our upright ULT freezer, the SU780XLE, received its certification based on test results obtained from a 2016 independent study that followed the ENERGY STAR test protocol. The study was prepared for California utilities by the Center for Energy Efficient Laboratories (CEEL).

The Journey to Certification

From the beginning, Stirling Ultracold was a strong proponent of the ENERGY STAR Final Test Method that led to the ULT freezer certification. As an energy-efficiency industry leader from our inception, we wanted to bring ULT energy consumption to the forefront of the research community. After several years of industry collaboration with the EPA, an agreed-upon ENERGY STAR Final Test Method standard was established in 2014. This led to the third-party testing protocol that is now used in the U.S. to certify ULT freezers through authorized certifying bodies.

We use cookies on our website to give you the most relevant experience by remembering your preferences and repeat visits. By clicking “Accept”, you consent to the use of ALL the cookies.
Cookie settingsACCEPT
Manage consent

This website uses cookies to improve your experience while you navigate through the website. Out of these, the cookies that are categorized as necessary are stored on your browser as they are essential for the working of basic functionalities of the website. We also use third-party cookies that help us analyze and understand how you use this website. These cookies will be stored in your browser only with your consent. You also have the option to opt-out of these cookies. But opting out of some of these cookies may affect your browsing experience.
Necessary Always Enabled
Necessary cookies are absolutely essential for the website to function properly. This category only includes cookies that ensures basic functionalities and security features of the website. These cookies do not store any personal information.
Non-necessary
Any cookies that may not be particularly necessary for the website to function and is used specifically to collect user personal data via analytics, ads, other embedded contents are termed as non-necessary cookies. It is mandatory to procure user consent prior to running these cookies on your website.
SAVE & ACCEPT